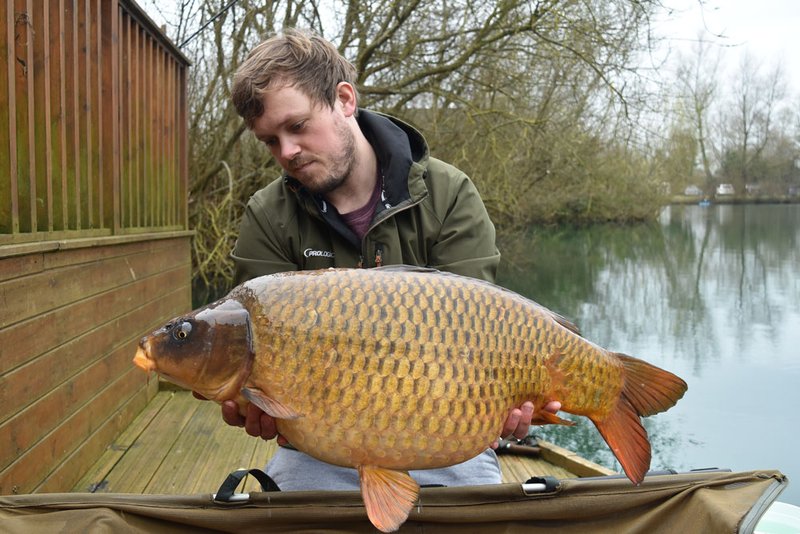 and news about the 2018 prize draw winner.

We have been celebrating our 5th Anniversary this year since the opening of the Cherry Lake Lodges in May 2103. As regular followers of these updates are aware, we have run two free prize draws this year as part of our 5 year celebrations.

The first prize draw was made at the end of September and was for every guest who had visited between January and September 2108. Paul Jennings was the lucky winner and he has already claimed his prize and visited!

We have also been running a second prize draw for the whole of 2018, this time every angler who caught a thirty pound plus Carp was included. Given we are now very quiet until the end of the year, we have decided to close this ‘draw competition’ a month early.

Now before I reveal the lucky winner, first some facts. As far as I can tell, from looking back through the Carp reported to me, the following points are accurate…..

In total 51 Carp over 30lb were caught, weighed and photographed Of these 50 were caught from Cherry Lake plus Steve Keen’s 30-12 Mirror from Cherry Springs in October

A total of 40 different anglers shared these 51 Carp. Many of these were PB’s. Steve Shepherd was the ‘top 30′s rod’ with 4 caught over two visits.

Of these 51 Carp, 28 different Carp over 30lb can be positively identified. Of these captures 11 were over 35lb!

The new Cherry Lake record of 44lb Mirror, was landed by Paul Mitchell in October.(See picture below)

The long hot summer, coupled with our on-going feeding programme, was clearly a good one for the Carp. The weights of most of the Carp were all significantly up. As well as the bigger Carp doing well we have seen some excellent growth from the ‘smaller twenties’ and expect many of these to continue to grow well in 2019.

Currently we think we have some 35 Carp in Cherry Lake over 30lb, of which we think at least 3 are over 40lb. The best chance of catching one of these Carp, or indeed some of the other bigger thirties, above 40lb+ will be in the January to May period as they build up to spawn.

Next year, we will be offering a free break at Cherry Lake for anyone who catches a 40lb Carp which has been weighed and photographed by ourselves. You never know…..it could be you!

I am delighted to confirm that Dan Walden, who caught a 31-08 Ghost Common during his visit to Cherry Lake last April (see photo below), is the lucky winner of this year’s ‘thirties’ prize draw. Well done Dan we look forward to seeing you back at Cherry Lakes soon.