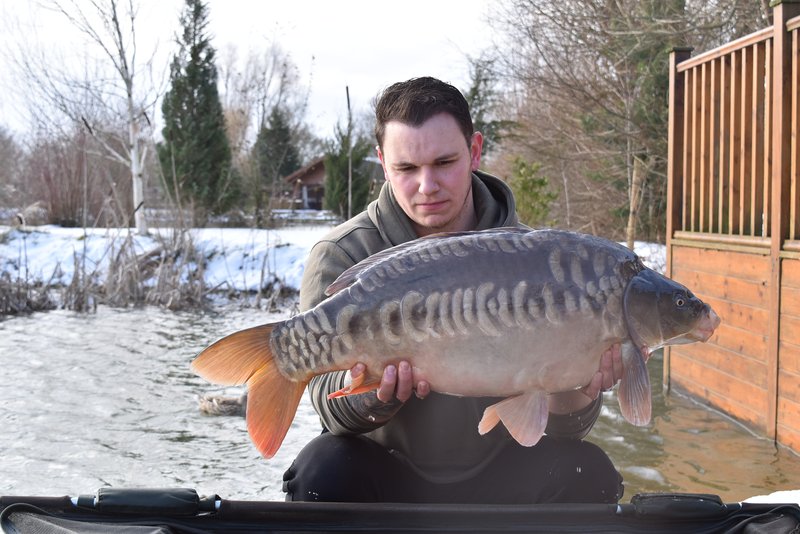 Hard on the heels of yesterday’s update, and because I am so excited and cannot wait until next weekend to do my next update, I can bring further news about at least two more of those very rare beasts…..the Snow Carp!

David Willes and Ken Jeffrey spent the weekend in Egret Lodge on Cherry Pool and caught steadily on each day of their stay. They reported catching Carp of 14 and 16lb amongst others yesterday in the snow, and I am looking forwards to their catch report and photos which I will hopefully include next time.

I covered Dan Greenland and Sam Osbourne’s amazing weekend in Pochard Lodge on Cherry Mere in yesterday’s update. They landed a total of 21 Carp between them. A great session at any time of the year let alone in the weekend’s Siberian conditions! The last carp of the session fell to Dan and it was also the biggest. Dan was delighted with his 23-10 ‘Snow Mirror Carp’. What a fish!

I also thought it was great that Sam also had a 21-05 ‘Snow Carp’ which for balance I have repeated below. Well done again guys. It will be a long time until you both catch 20lb Carp in the snow.