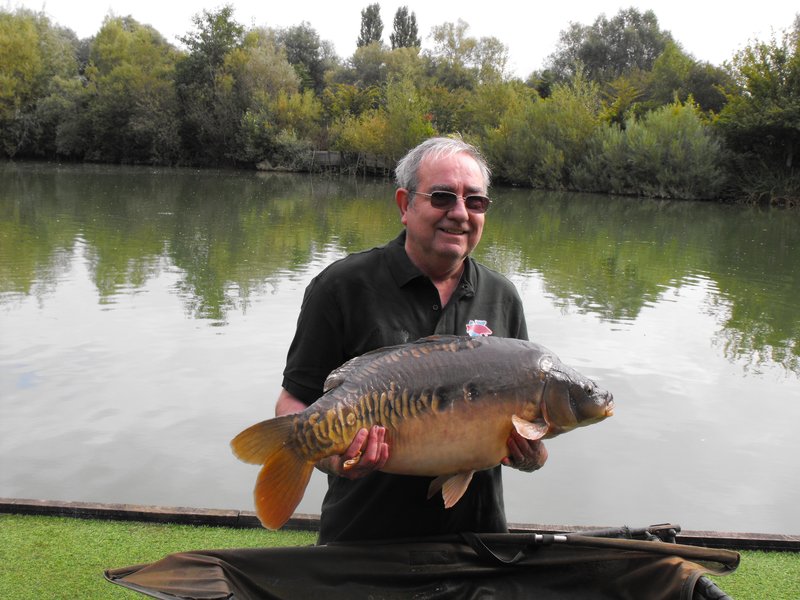 Alan Waddington and his wife Carol are amongst our longest standing guests who have visited Cherry Lakes at least ten times since 2014. This time they decided to stay in Pochard Lodge on Cherry Mere. I am delighted to report that Alan is now the proud owner of a Cherry Lakes 30+ club polo shirt following his capture of a 32-08 Mirror.

This Carp was photographed and weighed by fishery manager Dave. Not only did Alan set a new Cherry Mere record with this fish, he also managed to catch the second different 30 of the year from the lake.

The Waddington's good friends Tony and Julie Gray stayed with them in Pochard Lodge. Inspired by Alan's new record Carp, Tony stopped fishing for the Perch and went on to catch two PB Carp of his own including a Mirror of 24lb. Well done Tony and congratulations to Alan on being the new Cherry Mere lake record holder. He is also the 143rd member of the Cherry Lake 30+ club.

Cherry Springs had a difficult few weeks in August. It was seriously off colour with very few fish caught. Towards the end of the month the rate of Carp captures rebounded to above normal levels. Brian Round was kind enough to send me the details of his stay in early September and to quote Brian ......'' In total , over the week , I had 40 fish ,10 singles , 27 doubles & 3 twenties , an excellent weeks fishing''.

There have been some other good captures but I have not got the details sorry. I have however included above and below photos of Brian's three 20's. Well done Brian.