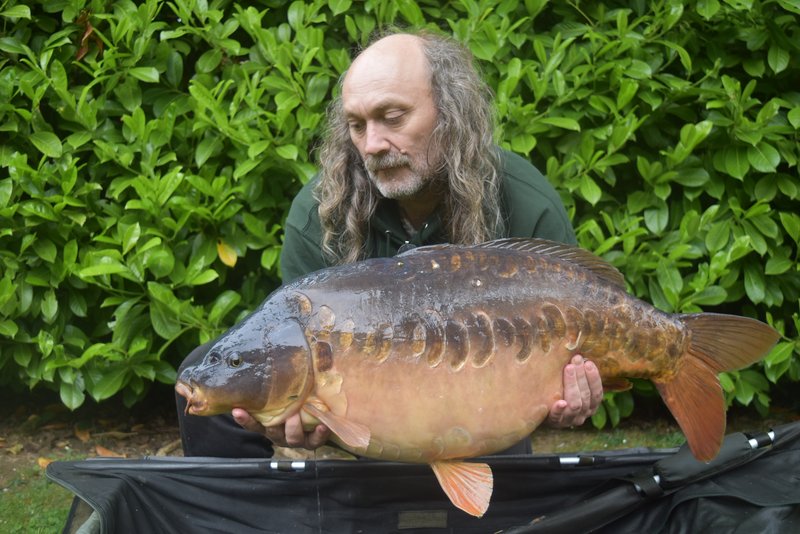 Our heavy work is about to begin!

We have several Angling Technics Bait Boats for sale

There have only been a couple of Carp caught on Cherry Lake this week and a few from the smalller lakes, which is typical of the time of year as everthing slows down. The lovely 22-08 Mirror caught last week by Paul Futter from Pochard Lodge on Cherry Mere shows that they are always there to be caught! Nice one Paul.

So this week, I thought I would let you know about some of the work that will be going on over the run up to Christmas. The bulk of this work, which will be undertaken during w/c 09 December when we are shutting the fishery, and hopefully will be finished by Christmas. I will also cover several other topics which might be of interest including the fact we have a couple of Angling Technics Bait Boats for sale.

We have consistently since we opened in May 2013 allowed and encouraged the use of Bait Boats. We have also throughout this period had several Boats of our own which we hire out to anglers who do not have their own. We have always used Angling Technics Technicat Baitboats fitted with a graphic echo sounder. These AT Bait Boats are simple to use and generally reliable.

These hired Bait Boats have sometimes made the difference for anglers in terms of catches and almost always give the anglers more confidence about where they are fishing. There is no doubt some anglers have caught some cracking fish using bait Boats including the lead photo which shows Paul Mitchell holding the 'Pretty One' which he caught in May this year at 37-08.

I have always been reluctant to sell these Bait Boats whenever I have been asked if I want to sell one, because I do not want to run the risk of any come backor compliants if they breakdown in the future. However given we are also undertaking a bit of an overhaul this winter of the Lodges (for example all of the Fridge-Freezers are being replaced), I thought I would look to replace several of our Bait Boats with new ones. As a result we have several Boats available for sale.

I understand Angling Technics sell re-conditioned second hand Technicats with an graphic handset for around £1100 (they are £1600+ new). Recognising our Baitboats have obviously been well used, I have discounted these Boats for sale significantly below these pricing levels. Although our Boats have been regularly serviced and repaired by Angling Techics, we have effectively allowed for the buyer to 'afford' a future Angling Technics service/repair (c£200) in the price. This is because I want any buyer to be clear that the Boats will be sold in good working order, but that any future issues with the boats are the buyers problem and not mine. At this price I think these Boats represent a good deal for the buyer as well as a good Christmas present!

On this basis we are offering an AT Techicat Bait Boat with a Graphic handset along with carrying bag and a set of used batteries for £725-£750. The buyer will need to collect the Boat from Cherry Lakes where it will be tested and shown to be in full working order before the sale is confirmed..

The majority of the heavy fishery work will take place during our close down week of 09-13 December. Much of this is tree work, which is needed around the banks of all of the four lakes. We have a team of 'Tree Climbers' booked for the week, at not inconsiderable expense! It never ceases to amaze me about how quickly trees grow, and in particular the Crack Willow and Alders which naturally self- propagate. We need the expert tree climbers to not only remove several trees which are seriously over-hanging but also to pollard the Willows and Alders.

We need to pollard to ensure the trees do not become too unwieldy as well as too brittle (the clue is in the name 'Crack' Willow). Some of this tree mass removal is also to give some space and light to the trees which we have planted including the much prettier Weeping Willows. Reducing the mass of the Crack Willows will reduce the amount of branches etc which fall into the lake and then sink (if we do not remove them quickly enough) as well as reducing the risk of a tree falling in and being very difficult to remove. Over-hanging branches which are excellent features to fish to can quickly become snags and problems without regular care and attention.

We have decided also to create several natural habitats around the fishery out of some of the branches and logs. This is to encourage the wildlife including Hedgehogs and Grass Snakes. For some reason we seem to have lost our population of Hedgehogs (we found several dead in the hot summer of 2018 where they had been partially eaten by Foxes) and the Grass Snakes have not been as visible as in previous years. A smaller population of these creatures may be the reason behind this Autumn's explosion of slugs.......or it might simply been down to how wet the autumn has been?!

We use tonnes of gravel around the fishery for the roads and car parks. It is remarkable how much of this gravel 'disappears' each year. This year we also need to re-line the fishery pound where amongst other things we undertake our fish feed preperation. The first 20 tonnes of gravel has just been delivered and I have no doubt I will need more!